St-Joseph-de-Beauce (Quebec, Canada) – February 5, 2020 – On November 14, 2019, Raphael Lessard Racing announced the participation of the young Quebec driver in the 23 races of the 2020 NASCAR Gander RV & Outdoors Truck (NGROTS) series; at the wheel of the #4 Toyota Tundra prepared by Kyle Busch Motorsports (KBM), the top team in the series. The adventure began on January 4, when Raphael Lessard moved to the United States. Since then, he has had a very busy schedule: intensive training, sessions on the Toyota Racing Development (TRD) simulator and preparatory meetings with the team. Raphael Lessard is excited to be racing at the prestigious Daytona International Speedway (Florida, USA) for the first time, on February 14.

Raphael Lessard works directly with the KBM team, and a simulator session awaited him at 8 a.m. on January 6. The session was aimed at gaining familiarity with the Toyota Tundra #4 and its suspension settings.

“We started with basic setups, before my crew chief, Mike Hillman Jr. and the team worked on various settings and on my driving on different tracks. I recorded increasingly competitive times throughout the morning”, explained Raphael Lessard. Other sessions are planned throughout the season in preparation for various races.

Then it was off to his first fitness training session in the afternoon, where he met with his new personal trainer at TRD. Together, they developed an optimized training program based on Raphael Lessard’s specific needs as an oval racer, as well as a specialized nutrition plan. Raphael Lessard firmly believes in the importance of such programs and enjoys training every day, as he has done for the past few seasons. Raphael Lessard must also study and understand race videos in order to better prepare himself for the particularities of each track, to understand race strategies and tactics that make the most of every situation.

As a full-time driver for the top team in this series, Raphael Lessard has all the talent and equipment he needs to shine throughout the season. In any case … you won’t want to miss the show! 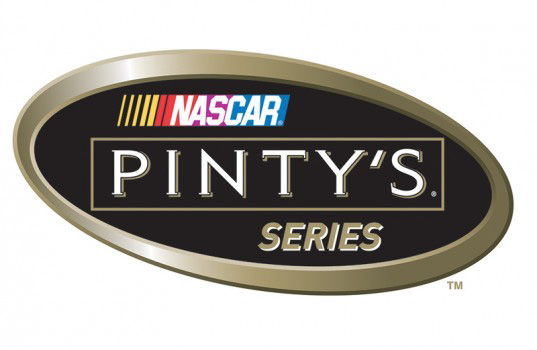 (January 2, 2020) Wight Motorsports Inc (WMI) principal David Wight today announced that WMI will compete fulltime in the 2020 NASCAR Pinty’s Series.  Preparations have been underway for some time with the first WMI NASCAR Pinty’s Series car nearing completion along with the acquisition of pit carts and other track equipment.

Wight has amassed 26 Pinty’s Series victories as a Crew Chief along with three series championships.  In the last few years WMI has also become the premier choice of numerous race teams to build, set up and prepare cars for the Pinty’s Series and other elite levels of racing.  Now Wight is ready add another component by fielding his own company entry in 2020.

“This is something I’ve thought about for a while” explained Wight.  “There seem to be a lot of drivers that want to be part of the Pinty’s Series and WMI having the ability to field a car for each race can help.  We now have the latest cars and equipment necessary for interested parties to partner with us and be able to compete at a high level” he added.

WMI is also pleased to announce that veteran racer Donald Theetge of Boischatel, Quebec will be the driver for each of the oval races plus the Grand Prix of Trois-Rivieres in the #80 Chevrolet Camaro sponsored by Theetge Chevrolet/Buick/GMC/Cadillac.  “Donald is a talented racer who’s won races and had success in a lot of different series and will be a perfect fit for us this season.  I’m really happy he’s going to join us; we will be really competitive right from the start of the season” said Wight.

Donald Theetge is eager for this new partnership with WMI to begin.  “I saw what David (Wight) did last year as a crew chief, winning a lot of races and a championship.  I want to win races and compete for the oval championship and was very happy to get the call from David about working together.  I am really looking forward to getting out on the track this season” he stated.

The next few months will be busy ones for Wight and WMI.  “Our racecar business is strong and still growing and we’ll be finishing up cars, preparing track equipment and as soon as weather permits, we’ll be testing” explained Wight.  “We’ll also be confirming our plans for the remaining road course events, we still have some options and partnerships we’d like to explore before making a final decision.  This is a busy but exciting time for us” he added.

SASKATOON, SK (December 23, 2019) – Exclusive Autosport is happy to announce the return of Nikita Lastochkin to the team, making his debut in the 2020 Indy Lights Presented by Cooper Tire season. The Russian-born, Los Angeles, CA resident will pilot the team’s #90 Dallara IL-15 featuring the Exclusive Autosport’s red and white livery with branding from his sponsor Russkaya Mekhanika. This will be the team’s first season in Indy Lights, but they have already shown in the series’ official winter test that they have serious pace, topping the speed charts in one of the five sessions earlier this month in Sebring.

“We are thrilled about our 2020 Indy Lights program and we’re equally excited to announce that Nikita, who ran with us in Indy Pro 2000 this past season, has chosen to take the next step in his career with Exclusive Autosport in our first year in the program,” enthused Michael Duncalfe, Team Principal. “I am truly proud of the relationship that has been built with Nikita the past year. To me, it speaks volumes about his trust and belief in EA. Nikita showed extremely well at the first series test in Sebring and we can’t wait for the start of the year in St. Petersburg.”

Lastochkin began his racing career in 2013 in the Skip Barber and SCCA series, scoring many victories, all with his eyes on making the jump to the Road to Indy program. In 2015, Nikita began a two-year stint in the Cooper Tires USF2000 Championship, where he earned a combined 24 top-10 finishes. In 2017, he set his sights on an Indy Pro 2000 Championship Presented by Cooper Tires program (Pro Mazda, at the time) and the 28-year-old finished fifth in the championship standings, posting eight top-fives and 11 top-10s with a season-high result of third in both races at Road America. In 2018, Nikita was ninth overall in the Indy Pro 2000 championship fight with 10 top-10 finishes. Last year, Lastochkin completed his first season with Exclusive Autosport in Indy Pro 2000 Presented by Cooper Tires, gaining five top-five finishes and sixth overall in the championship battle.

“I am extremely happy to be able to work things out and make the step up to Indy Lights,” said Lastochkin. “It is a humbling experience every time I get in the car, since I could not imagine how I was going to make it this far a few years ago. ‘Where there’s a will there’s a way’ is what they say, and my plan is to just keep working hard and see how far we can take it. Exclusive Autosport is going to be my home on the Road To Indy for the second year and I am confident we are going to be able to make it a great debut in the new series. Michael and Kimberly Duncalfe have been amazing in building a team that I am happy to be a part of. Our first test at Sebring went well, we have a great group of people together for the Lights program and I am very excited for my first Indy Lights start in St. Pete.”

Exclusive Autosport is already preparing for the 2020 season, continuing with their winter testing program. Though this is EA’s first Indy Lights season, they are using the winter to mold the team and prepare to give Nikita a car that can contend for a win at every race. Lastochkin will join his EA teammate Braden Eves under the tent, as the reigning USF2000 champion was announced last week for his Indy Pro 2000 debut.