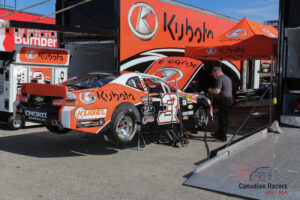 Stouffville, Ontario-January 11, 2021- After 14 years and 143 races driving the successful #3 race machine under the Team 3 Red/Ed Hakonson Racing banner; posting 14 wins, 46 top 5’s, 91 top 10’s and recording the 2nd highest number of races driven by an active driver, the NASCAR Pinty’s Series Most Popular Driver in 2015 & 2016, Jason Hathaway, will be taking on a new role within the organization starting in 2021.

“I am excited about the future opportunities and my new role within the organization. I am grateful for the position I’m in at this point in my career and am excited to be able to lead a great group of drivers and crew as we expand our racing operations within the Series.“ Said Hathaway from the Team’s office.

The T3R/EHR team has been busy in the off-season preparing race cars and looks forward to making driver and team announcements in the near future.