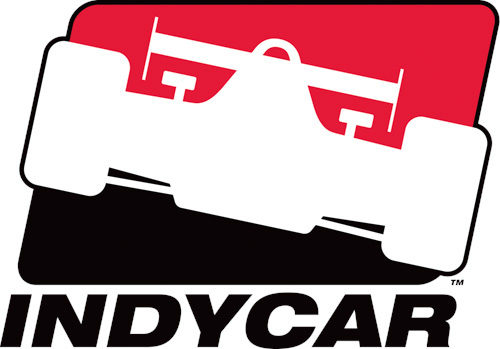 INDIANAPOLIS (Thursday, Oct. 12, 2017) – Consistency and stability, plus the return of a favored track in the Pacific Northwest, highlight INDYCAR’s announcement of the 2018 Verizon IndyCar Series schedule that again contains 17 races.

Sixteen of the 17 races from this year’s exciting and momentum-building season return in 2018, with most falling in the same spot on the calendar to further capitalize on their date equity. The newcomer to next year’s schedule is Portland International Raceway, which hosted Indy car races under CART and Champ Car sanction from 1984-2007, including what is still the closest race finish in Indy car history on a road or street course. The Portland event is set for Labor Day weekend in 2018.

The 2018 season will feature the highly anticipated introduction of universal aero kits to be used by all teams. The new kits offer a car look more sleek, bold and reminiscent of favorite Indy cars of the past. The aerodynamics involved are expected to make the already intense competition even stronger by allowing cars to run closer together and provide more passing opportunities.

“The strength and consistency of the Verizon IndyCar Series’ 2018 schedule is something all of us should be proud of,” said Mark Miles, CEO of Hulman & Company, which owns INDYCAR and the Verizon IndyCar Series. “We’re also looking forward to continuing the upward trend of the series through the introduction of the universal aero kits, which testing has shown to be an exciting product.”

Indicative of its status as the most diverse and demanding racing series, the 2018 Verizon IndyCar Series schedule features a virtual even mix of road courses, street courses and ovals. Five temporary street-course races will be held, starting with the season opener, the Firestone Grand Prix of St. Petersburg on March 11. Six races will be conducted on permanent road courses, including iconic tracks such as Road America and Mid-Ohio Sports Car Course and the Sept. 16 season finale at Sonoma Raceway.

Befitting the hundred-year history and tradition of Indy car racing, six oval tracks are on the schedule. Three are short ovals, including the last race using the original start/finish line at Phoenix Raceway on April 7. Three will be held on superspeedways, including the centerpiece of the schedule, the 102nd Indianapolis 500 presented by PennGrade Motor Oil on May 27.
For the eighth consecutive year, the 2018 season kicks off in St. Petersburg, Florida, on the 1.8-mile temporary circuit set up on city streets and a runway of Albert Whitted Airport. The Gulf Coast city has hosted Indy cars continuously since 2005 and provides the perfect warm-weather backdrop to usher in the new season.

Phoenix Raceway, which will be rebranded ISM Raceway in 2018, is the second stop on the schedule, returning to the first weekend in April after vacating that date this year to not conflict with the NCAA men’s basketball Final Four taking place in nearby Glendale, Arizona. The 1.022-mile oval that has hosted 63 Indy cars races dating to 1964 is undergoing a $178 million renovation that will see the start/finish line moved to the Turn 2 dogleg area following the 2018 Verizon IndyCar Series race.

“We’re thrilled that the Verizon IndyCar Series Phoenix Grand Prix will return to April 6 and 7 under the lights,” said Bryan Sperber, Phoenix Raceway president. “Our race fans will be treated to the stars of the IndyCar Series racing at record speed at Phoenix at a time of year that delivers chamber of commerce weather.”

The Portland International Raceway event is set for Aug. 31-Sept. 2 on the 1.967-mile permanent road course and will be operated by Green Savoree Racing Promotions, which also promotes the Verizon IndyCar Series events at St. Petersburg, Toronto and Mid-Ohio. The return to Portland takes INDYCAR back to an important market rich with race fans and sets up a West Coast swing to finish the season, with the Portland event followed by the Sonoma finale.

“INDYCAR couldn’t be more excited to again race in front of one of our strongest fan bases,” Miles said. “Portland International Raceway has produced thrilling road racing throughout Indy car history – the 1997 finish still stands as the record for the closest finish on a road or street course – and the timing of our return couldn’t be better given the bold new look our cars will have in 2018. We expect this will be a show fans won’t want to miss.”

Portland Mayor Ted Wheeler said he attended the Indianapolis 500 as a young man and is excited to see the sport come back to his city.

“INDYCAR racing brings excitement and thrills to a city and to race spectators,” Wheeler said. “The return of INDYCAR racing to Portland will give us terrific international exposure, a great deal of revenue, new jobs and an exciting experience for race fans”

Other schedule highlights include:

Toyota Grand Prix of Long Beach: The race on April 15 will mark the 35th consecutive year for Indy cars on the iconic Southern California street course, the longest-running relationship for any event on the schedule outside the Indianapolis 500;
Chevrolet Detroit Grand Prix presented by Lear: The event at the Raceway at Belle Isle Park returns as the only doubleheader race weekend on the schedule, June 2-3;
KOHLER Grand Prix at Road America: In what has become a wildly popular event with fans since rejoining the schedule last year, the 2018 race is set for June 24;
Bommarito Automotive Group 500 at Gateway Motorsports Park: On the heels of a virtual sellout crowd in INDYCAR’s return to the 1.25-mile oval this year after more than a decade away, excitement is already brewing in the St. Louis region for the 2018 race on Aug. 25.
Official track activities for the 2018 Verizon IndyCar Series season begin with two days of open testing at Phoenix Raceway on Feb. 9-10.
All races on the 2018 Verizon IndyCar Series schedule will be broadcast by longstanding television partners ABC and NBCSN, as well as the Advance Auto Parts INDYCAR Radio Network. The final broadcast schedule will be announced at a later date.